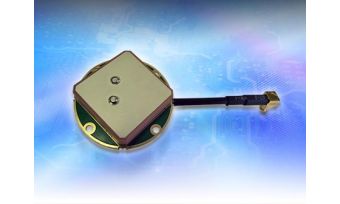 Canada-based company Tallysman has announced that its range of antennas featuring proprietary Accutenna technology is optimised for today’s multi-constellation satellite systems, including the Galileo system, BeiDou, GPS, GLONASS and IRNSS. Additional satellites were launched by the ESA (Galileo 7 and 8) the US (GPS IIF-9) and India (IRNSS-1D) during March 2015, and it is believed that China has also successfully launched its new-generation BeiDou-3 M1. The expanding number of satellites will benefit many applications, from next-generation in-car navigation systems to coastguard search & rescue and precision agriculture.

Today’s wideband GNSS signals require a pure right-hand-circular response over a much wider bandwidth, explained Gyles Panther, president, Tallysman. An inadequate phase response results in poor cross polarisation suppression, which simply cannot be overcome in the GNSS receiver chip, regardless of its capabilities. Moreover, multipath interference can be expected, even in normal reception situations. Accutenna technology is a cost-effective way to ameliorate this and is particularly beneficial in situations where precision matters, he added.