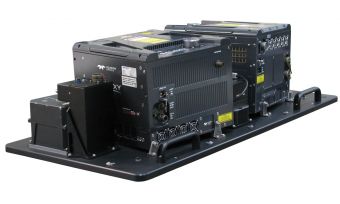 Teledyne Optech, a Teledyne Technologies company and global leader in advanced Lidar sensors, has signed an agreement with Aerial Surveys International (ASI) to sell a Galaxy T2000, upgrade its existing Galaxy Prime to a Galaxy T2000 and install both sensors in the productivity-doubling G2 Sensor System.This purchase will enhance ASI’s capabilities through the effective two million points per second PRF of each Galaxy T2000.

Moreover, by combining both sensors on the G2 Sensor System, ASI will bolster its capacity to a true, effective four million points per second that provides extreme point density with one of the highest available efficiencies.

Mark Schubert, owner of ASI, commented: “Aerial Surveys International is committed to providing our customers with unsurpassed systems, solutions and staff. Our partnership with Teledyne Optech not only exemplifies this commitment, it empowers us to leverage industry-leading technology to innovatively deliver projects quickly and accurately.”

The Galaxy T2000 is engineered to point all its 2 million laser shots per second to the ground within a programmable field of view, thereby achieving one of the highest single-pass point densities in the market. With faster scanning at up to 320 lines per second and the smallest laser footprint, the T2000 provides a new, unparalleled level of performance for applications involving small-object identification such as wire detection as well as foliage penetration.

The G2 Sensor System features the unique compact form of the ALTM Galaxy, enabling maximum configuration flexibility with the option to install and operate two sensors as one system into a single aircraft portal. The G2 Sensor System uses the same Galaxy production workflow that processes, calibrates, co-registers and outputs survey-grade LAS files from both sensors simultaneously.

“ASI is taking a leadership position in the airborne mapping industry and making major investments in technology and capacity to be strongly positioned for the future, with the ability to offer unmatched point density with the highest efficiency,” said Michel Stanier, executive vice president and general manager of Teledyne Optech. “The Galaxy T2000, when combined with the G2 system, is a major leap forward for the Airborne Survey industry. It delivers capabilities that rival those of Geiger Mode and Single-Photon Lidar but without the inherent noise and resulting acquisition and processing complexity. It is also uniquely positioned to deliver unprecedented densities of hundreds of points per square meter which unlock AI-based automated feature extraction. We are thrilled to be able to bring such game-changing technology to market through bold, visionary companies such as ASI.” 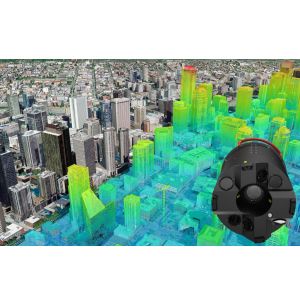