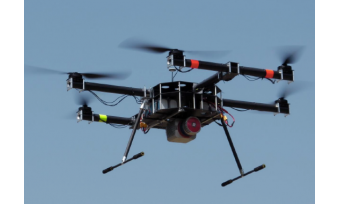 Terra Drone, a leading Japanese unmanned aerial vehicle (UAV) service company, has launched the first unmanned traffic management (UTM) system in South Korea in collaboration with LG U+, a South Korean cellular carrier owned by LG Corporation. Thanks to the UTM system, it is now possible to confirm the position of a drone beyond visual line of sight (BVLOS). Users can connect to the UTM system via various portable devices such as PCs, tablets and smartphones. In a world first, high-quality full-HD images captured by the drone can be viewed in real time through IPTV.

On 21 November 2017, LG U+ CEO Kwon Young-Soo announced the launch of the U+ Smart Drone UTM System which enables a drone to fly safely for disaster monitoring and logistics transport beyond visual line of sight (BVLOS) and at night.

In the demonstration of the UTM system, an autonomous drone took off from a remote location, performed its duties at the destination and returned to the control centre on its own. The task was to locate a 6-year-old boy wearing a red jacket, representing a lost child, at Kamiwa Koro Park in Seoul, Korea. The autonomous vehicle successfully located the child after three minutes of remote flying. The drone sent real-time information about the location of the missing child to the nearby safety personnel before returning safely to the planned route.

Kwon Yeon Hoon, director of operations at LG U+, commented that there are no other solutions than a drone to scan a wide area like Uwawa-Kyo Park, which is about 20 times as big as a football stadium, in such a short time. Hence the use of the UTM system is expected to greatly contribute to society.

Remote flying at a distance of 100km

The LG U+ Smart Drone UTM System enables operators to remotely control drones from a hundred kilometres away providing the network is connected and the entire process, from the take-off to the return of the drone, can be conducted autonomously.

It is also possible for multiple people to monitor a drone at the same time. Additionally, the same flight plan can be prepared for multiple drones, which offers an efficient drone control system for various industrial fields.

As one of the features of the U+ Smart Drone UTM System, a drone autonomously stops flying when it recognises other drones, aircraft or birds. In an emergency, the drone will utilise the parachute to land in a safe area.

LG U+ is one of South Korea’s three major telecommunication companies and has just made a full-scale entry into the commercial drone business to lead the 5G era.