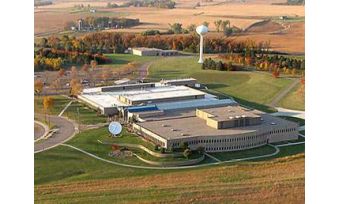 As a result of considerable discussion at the recent American Society for Photogrammetry and Remote Sensing (ASPRS) 2011 Annual Conference in Milwaukee, Wisconsin, the US Geological Survey (USGS) has reversed its original decision to discontinue film camera calibration.

On April 27, 2011, the USGS Land Remote Sensing Program (LRSP) and the Earth Resources Observation and Science (EROS) Center made the original decision to close the USGS Optical Science Laboratory (OSL) when the current supply of glass calibration plates becomes depleted in late 2012. That decision was made due to insufficient funding necessary to procure glass calibration plates and a limited number of responses to a previous USGS-issued Request For Information (RFI) indicating that the film camera mapping market was declining.


Following the announcement of their intent to close the OSL, which was released during the Milwaukee Conference, USGS received significant and intense feedback from numerous ASPRS members, film camera owners, film camera customers and businesses, State Departments of Transportation, and others indicating a strong need to continue film camera calibration services beyond 2012. Additional discussions initiated during the Conference also indicated USGS could make incremental purchases of glass calibration plates over the next two years with existing funding, thus enabling continued operation of the OSL beyond 2012.


USGS will work over the next year to restock the OSL glass calibration plates necessary to keep this important film camera calibration service operational, thus, ensuring the continued use of film mapping cameras to meet government requirements.