Towards a UAV-based System for Measuring Canopy Height 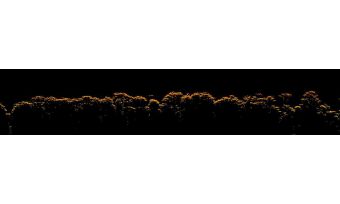 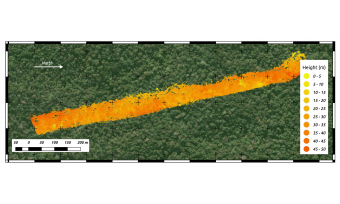 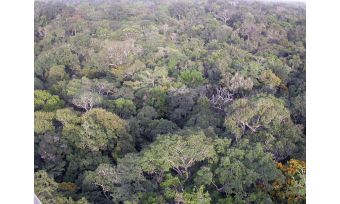 At the experimental forest site Paracou in French Guiana, a range of data is being collected to enable the short-term dynamics within the tropical rainforest canopy to be better understood and quantified. Airborne laser scanning (ALS) was used to obtain high spatial resolution data of the 3D canopy structure. The data has been utilised to build a canopy height model and provides valuable information about the foliage density. The sensing system can also be mounted on an unmanned aerial vehicle (UAV). The French Guianian project demonstrates proof of concept for the further application of this technique.

Within the CANOPOR research project, various research institutes and companies are cooperating to map the canopy of an experimental forest site. Of particular interest is the spatial and temporal variability in gas exchange between the atmosphere and the vegetation inside the canopy. These dynamics are key to understanding the role that forests play in maintaining the local ecosystem, but also for understanding how they respond to and influence global climate change. The canopy area is where vegetation and atmosphere interact, a so-called ‘ecotone’, but the area is hard to access for research. Therefore, the UK-based forest mapping company Carbomap processed an airborne laser scanning (ALS) survey using an approach which has never been applied before in the tropics.

The application of ALS for forest mapping is well established within academic research, and its use within commercial applications is a growing industry. ALS allows data of the forest structure to be captured at a level of detail that is not possible using other sensing systems which are often applied in the tropics, such as satellite remote sensing or radar. This enables 3D maps of the forest to be created, and further relevant metrics such as forest carbon to be calculated or estimated. This technology can be used within a range of different forestry areas, such as timber, conservation, management and fire risk management. A key product for these applications is the canopy height model, which describes the height of the foliage relative to the ground. It is computed by subtracting the heights of a ground model from the absolute heights of the foliage.

The French company L’Avion Jaune has created the YellowScan laser scanning system which was used in the forest mapping project. It is an all-in-one laser scanner intended for UAVs and other ultra-light aircrafts. It weighs less than 2 kilograms and incorporates a laser scanner head, an inertial measurement unit based on MEMS technology and a high-grade GPS receiver. To allow operation on UAVs, it has a low power consumption and compact dimensions of 20 x 20 x 15cm3. The scanner can operate at up to 150m above ground level with a resolution of 10cm2 at a flying speed of 50km/h. The typical scan angle measurement is ±50°. The spatial accuracy of the system is 30cm to 1m, whilst the range accuracy of the scanner is 10cm. YellowScan provides up to 3 returns per pulse. This helps to extract terrain information under vegetation cover as the probability of registering points from underneath the foliage increases with more pulses. This in turn is crucial for generating a canopy height model which relies on an accurate digital terrain model.

Data for the canopy height model was collected by mounting the YellowScan system on a manned helicopter. A helicopter was used as it enables a range of flight characteristics and scenarios to be tested. The primary considerations for replicating the flight of a UAV are the low altitude of the aircraft and the low speed of flight. Following the success of the proof of concept, l’Avion Jaune has begun development of the full integration of the YellowScan system into a UAV platform. The helicopter flew several test strips to cover the forest area of approximately 0.35km2, with a total of over 600,000 points being collected during the flight. Figure 1 shows a cross profile of the scan data over the forest. L’Avion Jaune used its own base station during the flights for RTK position. However due to technical difficulties with the radio link it was switched to SBAS correction. Although no ground control points were used during the project, a traditional Lidar dataset was collected within the same week as the UAV Lidar data and the two sets were matched.

To generate the canopy height model, Carbomap extracted the terrain model from the point cloud. The particular challenge was the high foliage density of the forest itself, which limited the ease of ground identification. In order overcome this problem Carbomap developed an algorithm to identify the points on the ground. Overall, only 673 of the 600,000-plus returns were found to be on the ground. The achieved accuracy of the DTM had a total RMSE of 0.096m, a bias of 0.01m and a terrain elevation standard deviation of 6.9m. These were calculated by determining the difference between the ground mesh layer and the identified ground points.

Once the DTM was extracted from the point cloud, the canopy height model was determined from the height of the trees above this ground layer. Figure 2 gives an impression of the result. The next stages in a forest mapping workflow are to extract other forest metrics from the data. Examples of this are the amount of above-ground biomass and carbon stored within the forest area. If multiple datasets over time are available, then the change in forest cover can also be measured to reveal the changes in forest carbon.

The scanning system used in this project, although mounted on a manned helicopter, is optimised for use in a UAV. To provide proof of concept of UAV-based forest mapping, the helicopter replicated the flight parameters of a typical UAV. The use of UAVs is more adapted to this type of work, in comparison to the current industry standard which uses full-sized aeroplanes for ALS surveys. The flight altitude of a UAV is significantly lower than that of a normal surveying aircraft, which helps to overcome problems of cloud and atmospheric interference in tropical regions. UAVs also fly at much lower speeds than normal aircraft, meaning that they can achieve a much higher point density. The result is a more cost-effective system that is especially appropriate for use in developing countries where airborne laser scanning can be expensive to deploy.

Work is ongoing to apply this project’s UAV forest mapping approach in other parts of the world, demonstrating its use in a range of different forest types. Carbomap is helping to lead the use of UAVs for forest mapping to provide a low-cost alternative for mapping small areas of forest. Meanwhile, research and development on laser mapping technology is continuing. For example, full-waveform laser scanning can be used to extract sub-canopy data about the forest which is particularly useful for fire risk mapping. Another development is the fusion of multispectral remote sensing with the 3D structural information from laser scanning, through a multispectral canopy Lidar. Once airborne this will provide biophysical information about the full 3D profile of the forest canopy, including the understorey as well as the top canopy layer.

Sam is a remote sensing expert with an MSc from University College London and a BSc in Geography from the University of Edinburgh, UK. His expertise lies in utilising Lidar data over forests for extracting structural parameters. He most recently worked for Greenstone as a carbon consultant and is currently head of client services at Carbomap.

Iain is a professor of Applied Earth Observation at the University of Edinburgh, UK. In 2008 he co-founded Ecometrica and was a non-executive director from 2008-2012. In 2009 Iain founded REDD Horizon, a capacity-building programme in Malawi, and in 2012 he was funded by a Royal Society of Edinburgh Enterprise award to help set up Carbomap. He is currently CEO and lead co-inventor of the multispectral canopy Lidar.

Antoine is an expert in bathymetric Lidar processing. He did his PhD in Quebec and then a postdoc working in Mississippi with Optech and the US Army Corp of Engineers. He has a decade of experience processing full waveform systems. Antoine has also led teams in successful field campaigns and has experience in the application and processing of terrestrial laser scanners. He is currently CTO of Carbomap.