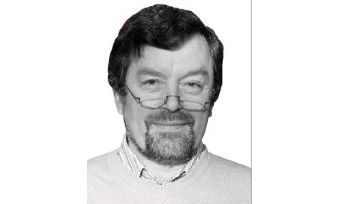 If we can succeed in putting remote sensing on the agenda as a useful tool for monitoring climate change, I will be happy, says Rainer Reuter, head of Marine Physics at the Institute for Physics, Carl von Ossietzky University of Oldenburg, Germany. Also president of the European Association of Remote Sensing Laboratories (EARSeL), Reuter is a strong advocate of a greater role for remote sensing in environmental monitoring in order to prevent global warming. GIM International talks to Reuter about the challenges in the field of remote sensing and about the mission of the association he presides over.

For those of us who don't know EARSeL, can you tell us a little more about it?

EARSeL is a membership-based network comprising research institutes and companies who are working together to promote the use of remote sensing data and images to the public, to stakeholders, to governmental administrations and to other policymakers. In addition, the association is a fertile breeding ground for new ideas and provides a good opportunity for networking in the field of remote sensing, not only at our meetings throughout the year but also during the joint projects our members are involved in.

What is the biggest project EARSeL is currently involved in?

We recently completed a large educational project in which EARSeL was the co-ordinating partner, called Science Education through Earth Observation for High Schools (SEOS). The idea behind the project was to provide experiences that allowed high school students to discover how fascinating remote sensing can be and hence attract them to the field. It is a well-known fact that many university physics faculties are suffering declining student numbers, which we believe is due to physics lessons in schools not being as exciting as they could be. The concept of the project was to provide e-learning tutorials for use in the classroom filled with content stemming from real results from our members' laboratories. We produced a total of sixteen tutorials within the project. Funding for the project ended one year ago, but since the tutorials are embedded in an internet-based learning management system, we can still update them for future use.

In which countries has the method been used so far?

The e-learning tutorials are currently being used in high schools in the United Kingdom, France, Germany and The Netherlands. This international level of success has been helped by the fact that we received contributions from member laboratories from various countries, as well as from UNESCO and the European Space Agency, who provided most of the imagery we are using. The tutorials are available in many different languages: English, German, French and Dutch as well as in Greek. We already carry the method in Arabic - it is the only internet-based collection of e-learning tutorials available so far in that language - and we are working on translations into Czech and Turkish.

Have you already seen a positive effect on student numbers, maybe even at your own university in Oldenburg?

This is not a project that is likely to have a short-term impact, so we are not expecting to see an immediate effect. However, environmental and climate-change issues have become more important in the last few years and remote sensing techniques can play an effective role in tackling such issues. We have tried to highlight these possibilities within the e-learning tutorials, which should result in a greater long-term interest in remote sensing-related courses of study.

What would you like to achieve during your presidency of EARSeL?

Let me explain that with an example. EARSeL is currently involved as a partner in an ongoing ESA project with the satellite mission Proba-2. Proba-2 is a new satellite that will start to collect data series in order to survey vegetation on a global scale. Our goal is to demonstrate the usefulness of this instrument, for instance, in European forestry, and to promote and disseminate the results it obtains. This project demonstrates that EARSeL believes in the ever-increasing role of remote sensing in environmental monitoring in order to prevent global warming. If we can succeed in putting remote sensing firmly on the agenda as a useful method of observing Earth, I will be happy.

What is the next big step in the development of remote sensing techniques?

Since we are already fairly advanced in terms of having developed effective remote sensing techniques, I think that one of the next big steps will be in terms of learning to combine techniques. The use of a combination of different sensors - or even different satellites - at the same time, which is a big constraint right now, could be one the biggest challenges for our field's short-term future. Such combinations will provide us with completely new insights.

Is there more to be done?

Yes, in terms of analysing and processing older data that is currently just lying on the shelf. Only 10 to 15 per cent of remote sensing  data acquired in the past has been analysed and there's a wealth of information coming from data mining that is especially useful for monitoring global change - this should be a much more important issue. Also, by re-analysing and re-processing older data we can nowadays extract new information which could be extremely useful in many applications. So in my view, the focus should not merely be on new techniques, but also on obtaining more information from both new and existing data.

Are there other fields in which remote sensing and photogrammetry will grow in importance?

One very important field in which remote sensing already plays a major role but which will gain even more relevance in the future is precision agriculture: the effective and efficient use of land. This is crucial in times of an expanding world population, a growing demand for food and increasing land scarcity as we are facing now. In that sense, precision agriculture is part of a much bigger issue, maybe even extending to the world economy and the welfare of humankind.

Finally, is there any message you would like to give to our readers?

Well, we should not forget to inform the general public about the results of our remote sensing research. We should always demonstrate how the information obtained from satellites can be directly relevant to everyone's lives and continue to emphasise how important it is to be aware of the environment.

The Digital Revival of Ancient Palmyra