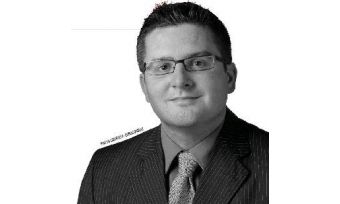 Defence and security requirements will continue to drive the commercial Earth-observation data market for the next decade, but growing commercialisation of the industry and the data needs of emerging EO nations and private enterprise will also fuel revenue growth. That’s according to Adam Keith, director of Earth observation at international research and consulting firm Euroconsult. EO manufacturing market value is expected to reach $19.9 billion over the coming decade. At the same time, commercial EO data sales are expected to rise by 15%, reaching an annual $4 billion by 2019. There is real future demand for EO satellite manufacturing, data and services, according to our interviewee, and GIM International spoke to him about opportunities on the horizon.


What is it that most excites you about this industry?
It’s an exhilarating time for Earth observation. There has been a vast increase in the number of satellite systems: from 107 satellites a decade ago to an expected 230 over the next ten years. This will vastly increase the amount of data becoming available to the research community, services companies and end-users. Better guarantees over data continuity will make commercial industry better able to build operational services. We’re also seeing an acceptance of commercial solutions within the industry. Again, a decade ago we didn’t really have commercial data suitable for market needs, but with the availability of high-resolution data has come a growing acceptance of these solutions. Previously focused predominantly on optical data, the last two years has seen the emergence of high-resolution commercial radar. We’re also hopefully going to see advancements in the environmental and R&D sectors resulting from availability of data.

What demands are driving the commercial EO market?
Commercial satellites have a clear focus on accurate, high-resolution datasets, making them suitable for key event applications, particularly image intelligence gathering. At this stage defence is a key client of the commercial industry, particularly in the US. With the exception of one or two commercial operators who are looking at slightly more moderate resolutions, it’s fair to say that Defence will be the key client for the foreseeable future. In 2009 the defence market represented 62% of all commercial data sales, civil government 20% and the commercial sector 18%.

What role are commercial organisations playing in the advancement of EO?
It’s a relatively new and very high-tech industry. The commercial players are now marketing themselves by pushing the agenda of the whole EO industry. They’re demonstrating what can be done with data. Their drivers may be different, because they have to turn a profit, but the knock-on effect this is having on the industry is very positive. Some clever strategic partnerships have been signed by commercial operators, the most well known being Google Earth. Everyone’s become that bit more involved in EO. There are applications promoting the industry in sectors like real estate and tourism; people everywhere are looking at satellite images, finding their house, looking at where to go on holiday. This is bringing the industry to many more vertical markets that did not exist when EO was a much more science-oriented subject.

How are the data needs of emerging EO nations fuelling revenue growth in the sector?
Emerging and in-development space programmes will account for 75 satellites: a four-fold increase over the previous decade. A total of 41 nations are expected to have an EO satellite in operation by 2019, as opposed to just 26 today. An EO satellite is also a relatively low-cost first step into a government space programme. It’s the cheapest satellite space application to manufacture and launch as compared, for instance, to satellite communication and navigation networks. Low-cost generic satellite platforms are being developed by companies such as Surrey Satellite Technology Limited (SSTL), lowering the financial entry barrier to between $20 million and $30 million for countries seeking to take their first step into space programme development. Quite often such countries are developing satellites through a technology transfer mechanism, so they’re working closely with more established industry. Countries like Thailand, Vietnam, Indonesia, Egypt, Algeria, Nigeria and South Africa are looking for mechanisms to develop their own industries and infrastructures that could eventually lead to their own space programme. A further driver is the large degree of national pride in having an autonomous space mission.
Particularly in Europe, engineers and scientists are being shared between countries and manufacturers to help develop a nation’s infrastructure, knowledge and know-how in satellite manufacture. It’s not just a question of procuring an EO satellite, it’s also about acquiring the knowledge, taking ownership of activities which will eventually put the country in a position to build its own satellite and develop its own space agency. The data might not immediately have huge commercial value, but it can be used for local applications such as cartography, agriculture and disaster management. So it’s a win-win. They’re helping develop their industry, they help develop knowledge base, they may look to develop a space agency and they can meet local needs.

What are the most interesting new developments in EO?
Resolution has reached regulatory limits and is now at 0.5 metres. What will propel the industry forward will be a drive towards increasing accuracy and timeliness of data delivery. Both business and technology are now concerned with new mechanisms for data delivery. This may vary from increasing onboard storage to partnerships with ground-station facilities or allowing third party-access to your data for local distribution at a price, but there’s also a growing need to increase the speed with which data is delivered. With the exception of geostationary satellites, we’re not at a point where we can have real time data just yet; three to six hours is considered good, so there’s more to be done. There’s always going to be some delay, but it could be reduced.

What has led to the growing acceptance of EO data?
Having more data and visibility exposes more people to its solutions. Certainly one issue has been a regulatory push; this was largely supported by the US Government, and really drove the market. The US has allowed for the commercialisation of high-resolution (one metre) data to be made available by private enterprise on a commercial basis. The US policy shift eventually led to the launch of IKONOS, the first successfully launched one-metre commercial satellite, by Space Imaging (now GeoEye) in 1999.
Before then, back in the early ’90s, high-resolution systems were operated only by government Defence, with data not made available for civil and commercial use. The US further backed US industry with a ‘buy commercial first’ data policy that has allowed the two US commercial operators, GeoEye and DigitalGlobe, to emerge as market leaders for commercial satellite operation and data distribution. The US government remains the key client of these two companies. Along with others that have emerged globally, they look to sell their data and services internationally.
Elsewhere the motivation is different. Space agencies like NASA, the European Space Agency (ESA) and the Japanese Aerospace Exploration Agency (JAXA) are following civil government policy objectives, key among them environmental concerns and climate change. Space agencies have been given a clear mandate to collect data on specific environmental climate-change parameters. This has impacted overall civil government investment in EO. To put this into context, at a time when budgets are tight and spending has been reigned in, EO investment in 2010 was at an all-time high, topping $8 billion for civil and unclassified government programmes. If anything, this will increase again next year. If the space agencies receive the budgets they have requested for 2011, we’ll see a significant rise.

What regional EO needs are being met by commercial operators?
Aside from defence, commercial EO operators are helping the energy, oil & gas industry in Nigeria and working on agribusiness projects in South America, particularly Brazil; there are large-scale cartography and land-use mapping projects in China and desertification monitoring in Africa. There are examples everywhere. EO is most advantageous when large areas have to be covered, especially if they are remote and have to be monitored regularly, like provincial mapping in western China or farming cooperatives in Brazil. It’s one of the few tools which can realistically do this.

Why will optical data dominate the market throughout the next decade?
It’s about where the industry is at. When high-resolution images started to become commercially available, the focus was on optical data. The first high-resolution licences were awarded in the US, but this was for optical data below one metre, whereas radar data was set higher for the commercial operators at 2.5 metres. These operators probably thought that resolution too low, so they focused instead on optical data. We didn’t actually see a one-metre resolution radar satellite being launched until 2007. With the launch of TerraSAR-X, Astrium Geoinformation Services became the first company to own and operate optical and radar EO satellites. In 2009 the US Government relaxed its regulation on radar data to allow the launch of one-metre radar data. That’s likely to change the focus and face of commercial radar data over the next decade, with new entrants likely to emerge.
The second issue is that less technical know-how is required to manipulate and extract information from optical data as compared to radar data, which requires high-level technical skills. Because it’s more difficult to extract information from radar data, and it’s less ‘visual’, it’s more difficult sell to customers. In defence, of course, radar applications will remain dominant, as radar can image day or night and penetrate cloud cover and all atmospheric conditions. Optical data is the first source of commercial data and will account for about 79% in 2019, thanks to the diversification of commercial end users.

What is driving the demand for high-resolution data?
Competition will intensify among commercial companies purely providing data and governments offering their own data on the commercial market. At the end of 2009, 24 high-resolution satellites offering commercial data (including from government operators) were in operation. This number is expected to more than double over coming years, with new satellites coming from a number of sources: existing commercial operators expanding their fleets, new commercial actors, and civil government and dual-use programmes commercialising data. The US Government last year accounted for approximately 80% of sales for US operators GeoEye and DigitalGlobe. Both companies were awarded EnhancedView contracts for data provision to the US government through the National Geospatial-Intelligence Agency (NGA). The joint value of the contracts over a ten-year period is $7.3 billion. This has given them a platform for asking, “OK, what’s next?” Obviously, they’re going to look to international sales and developing a commercial client base.
We will also see other applications emerging. People have been talking for some time about the ‘EO killer app’. Will it happen? I don’t know, but I think we’re going to see a lot more interest from many more previously unconsidered vertical markets. There’s a geospatial component to nearly every vertical industry.