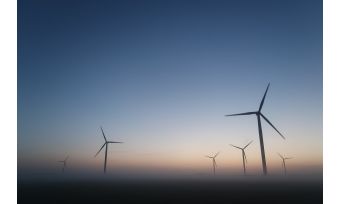 Offshore wind farms are becoming increasingly larger and their turbines are reaching higher into the sky. New knowledge is needed to understand how wind behaves at these altitudes and the forces it exerts on the rotor blades. ECN part of TNO and partners from science and industry have conducted studies into the reliability of Lidar for measuring wind characteristics.

Traditional wind measurements are carried out with the aid of a wind mast to which instruments are attached. ECN part of TNO has a test field in the Wieringermeer, the Netherlands, comprising such wind masts equipped with various measurement and calibration devices. However, conducting measurements at sea is costly and cumbersome. Lidar (light detection and ranging) devices are small enough to be installed on existing survey masts, in turbine nacelles and even on floats on the water.

To date, the reliability of this relatively new technology for measuring wind had not thoroughly been tested in comparison to traditional measurements. Over a period of four years, tests and measurements were conducted in collaboration with TU Delft, XEMC Darwind (a Dutch manufacturer of wind turbines) and Leosphere (a French supplier of Lidar equipment) as part of the LAWINE research project (Lidar application for wind energy efficiency). A grant was provided through the Energy Top Sector’s Offshore Wind TKI by the Netherlands’ Ministry of Economic Affairs.

The first measurements were conducted off the coast of IJmuiden using a Lidar device attached to a survey mast (installed by the former ECN) which also had traditional measuring instrumentation fitted to it. This allowed the results of both measurement methods to be easily compared. The tests revealed that Lidar has at least the same accuracy as conventional measuring equipment. Extensive further testing revealed additional benefits of the Lidar technology: it can be installed in many different locations (allowing a wider range of measurement data to be collected) and the equipment and installation costs are cheaper than when using traditional methods.

A total of eight different applications of Lidar were tested and validated, producing a wealth of data that has enriched the models of ECN part of TNO. Lidar can record more points in space and time, allowing for much more accurate analyses of the correlations between wind and turbine loads. With the help of Lidar surveys, it will be easier to substantiate the choice of a wind farm location and to optimize the performance of the turbines.